The Freedom of Information Act has provided the opportunity for individuals to know what are entailed in other people’s criminal public records.

Even though the Freedom of Information Act allows you to view criminal public records, there is some information that is not privy to you. There are some information that only Official Government Agencies, Law Enforcement Departments and the Courts can have access to and the level of access to private citizens vary per State. END_OF_DOCUMENT_TOKEN_TO_BE_REPLACED 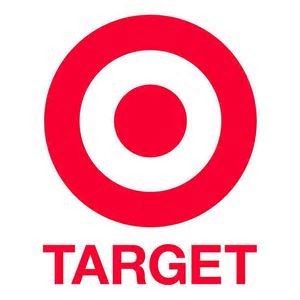 IMPORTANT NEWS AND NOTICES ABOUT HOW TO REPORT IDENTITY THEFT AS A VICTIM OF THE TARGET SCAM!

It is important for identity theft victims to report their identity being taken right away as it happens. Reporting the theft will hinder some type of damage that may arise.

Millions of Americans are now victims of the Target identity theft due to the breach of security.  It is unfortunate that Target did not have the necessary security in place to protect its customers privacy, however, since we can not turn back the hands of time  – you better take the steps necessary to protect yourself NOW!

How victims can  report identity theft

In regards to a suspicion of Identity credit theft the first action you need to take is to contact the Company where you have all of your financial accounts. You should get in contact with the Security Division of the Companies and inform them that you have suspected that your account has been breached or hacked. END_OF_DOCUMENT_TOKEN_TO_BE_REPLACED

What is identity theft?

Identity theft is any type of fraud resulting in someone losing their information relating to banking, credit cards, passwords and user names.

There are different ways in which you can lose your identity. One way is online. This is also called phishing.

Phishing is one type of online Identity theft. Fraudulent websites are created to hack into your Computer  to access your personal data which would includes your credit card numbers, bank account data and other personal data. END_OF_DOCUMENT_TOKEN_TO_BE_REPLACED

This refers to the act that was passed by congress in 1978. It establishes the processes that should take place for requesting judicial authorization for foreign intelligence and to make the foreign surveillance court intended to increase U.S counterintelligence; apart from the usual law enforcement surveillance.

This FISA legislation came as a result of the fact that there were abuses of the United States person’s privacy rights by some parts of the US government.  These ‘abuses’ came about as part of the government’s effort to combat alleged threats to national security. END_OF_DOCUMENT_TOKEN_TO_BE_REPLACED

Employee privacy rights are a BIG issue and hot news when it comes to today’s job market.  Your reputation and ability to get and or keep a job all depend on how you are protecting your privacy. There are a number of new technologies that allow employers to track the activities of their staff on a day to day basis. That being said, there are certain legal obligations and respects that the company has to show to their staff, but in many instances the final say is left to them. All this comes together under the umbrella of “employee privacy rights”. In understanding the issue on a grand scale, it should be noted that there are very few federal laws and even fewer state laws that determine how an employee’s rights should provisioned.

Here are a few of the categories that most employees are concerned with – alongside corresponding information – as it relates to employee privacy rights: END_OF_DOCUMENT_TOKEN_TO_BE_REPLACED God returns in the form of Google

Some religions have taken to the internet, others block it and deem it evil and will punish their ‘flock’ if they are caught using it. Regardless, the internet now boasts a “user base of 34%” of the total global population.

Has Facebook become the devil or an angel in disguise, you tell me… Perhaps Facebook is the new Judas, who betrayed Google.  Are we all not the children of God?

Unless the stats we researched are completely off, and we mean way, way off – this leaves the internet population at a staggering 2,405,518,376 users!  Reference to stats: http://www.internetworldstats.com/stats.htm

No matter what religion you believe in – if you are a believer, you have to concede that your God is all knowing.  Now, the Internet has become all knowing!   Is Google the new God?  Perhaps the reincarnation of Allah has arrived as being Microsoft?  Seems possible to me, shouldn’t it be looked at?

Like religion, most entities of power exist only to govern people and create revenue.  Well, there is an original thought –  Google, Facebook, Microsoft and Apple all of the greatest of power!  Does the internet not govern people?  Through fact, fiction and desire to be, have and do – the Internet provides us with all the answers, interaction and solutions we want, right?  Google may be God?

Now don’t get your undies in a wad, your religion is not under attack here – its just evolved to the Internet.  What does your God think about all this?  Whom ever he /she or “it” is – it shouldn’t take much intelligence to realize that the internet is power, wisdom and controls the thoughts, actions and voices of the largest ‘collective’ population of human beings!

What is so shocking to me is that despite the basic evolution of intelligence through science and true reflection on history and knowing that most of the religious teaching are carefully crafted and selected story’s and were created to govern man, we still cling to this Internet as many do a religion!  We ignore that the governments across the globe are fighting to invade privacy while practicing our Internet religion and that the media is blasting its bias (paid for) messages through your monitors and screens!

Even through our most basic levels of evolution, we didn’t learn that religion causes more wars than any other cause, we don’t care that our governments are spying on us – we are lazy, numb and incompetent of our own ability to govern ourselves.  So, we must bow down to the ones we serve – the Internet, our Governments and the Media!

We have no choice now, we are still a global society searching for all the things that the Internet offers and therefore Governments, Religions and of course our Media all want to control the Internet!  Just think about it for a minute!

Take a look at a few of the news articles on privacy this week: Bong picture is seen on Twitter by school district

Don’t you wish your kids would think before they speak, let alone before they tweet pictures of bongs on Twitter?  Well, now is the time to have that discussion with them about the impact of social media and school board officials stalking them.

The Glendale Unified School District paid $40,000 to a firm to monitor its students Twitter accounts.  Yes, that is right – when there is a shortage of teachers, low moral, un-monitored class rooms and teacher pay ranks up there with the guy at the car wash – this is where the school district in CA deems it a priority to invest.

Now, they can try to use security as an excuse but  we would like the school district to know that a number of our writers in California would like to offer to become security guards during school hours at $40.000 a year, to assist with security!

To think you have any privacy on the internet is – well, just funny! Your being watched and monitored with every click of the mouse, with every post of a pic, every tweet and thanks to our friends at Google – every search you perform! Internet Privacy is like an honest politician – it does not exist!

So, you think you know who is watching you? You know why, right? No, you really have no idea! There is NO Internet Privacy!

Why and who would be watching me:
25% e-commerce use (to sell you more crap, including media)
75% government use (provided by Google, Facebook and all the cell phone providers)

You should know by now, there is no privacy on the Internet!

Do you know who is fighting for your privacy and rights, even though you have NO idea they are doing it?  We do, its the Electronic Privacy Information Center!
If you, like so many others, haven’t taken the time to get to know more about them – now is the time!
http://epic.org
It is very important to understand that your personal and private information must be protected and in order to fight the BIG Government, it takes a lot of resources and money!
Our most sincere thanks go out to the folks at the EPIC – Electronic Privacy Information Center, there would be little to no chance of having anyone challenging the privacy issues that are raining down on every American, without them.
Thank you EPIC and please, keep up the good fight!  Please take the time today and reach out today to the team at Epic.org:
Marc Rotenberg, President
Deborah Hurley, Chair
Pablo Molina, Treasurer
Grayson Barber, Secretary
Christine Borgman
David Farber
Charlie Firestone
Addison Fischer
Pamela Jones Harbour
Joi Ito
Jeff Jonas
Peter Neumann
Ray Ozzie
Deborah Peel